You Are Here: Home / About Us / Executive Team

SMRLS day-to-day operations are overseen by the Executive Team, made up of the CEO, Director of Litigation and Advocacy, Director of Philanthropy, Director of Business Administration, Controller, and Human Resources Manager. 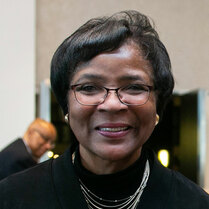 Ms. Nicholson is active in leadership of both the Minnesota State Bar Association and Ramsey County Bar Association. She currently sits on the MSBA's Assembly, Board of Governors, and Professionalism Committee and the RCBA's Diversity Committee. Other professional affiliations include: Minnesota Association of Black Lawyers; African American Project Directors Association for Legal Services Law Firm Executive Directors; and National Legal Aid and Defender Association.

Ms. Nicholson is the recipient of numerous awards and honors, including the Heritage Honors Award from the University of Northern Iowa; Distinguished Service Award from the former William Mitchell College of Law. She has been recognized with the MSBA Civil Litigation Section: Advocate Award (2014) and MN Black Women Lawyers Network Achievement Award (2013). She was recently featured in the exhibit A Celebration of Women in Law, organized by the Minnesota Chapter of the Federal Bar Association. Ms. Nicholson is also a member of the board of the University of St. Thomas School of Law 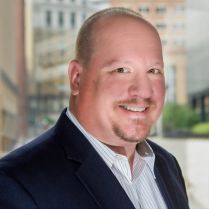 John Joachim is the Human Resources Manager at Southern Minnesota Regional Legal Services (SMRLS). John earned a Master’s Degree in Non-Profit Management from Hamline University in St. Paul, MN in 2014. Before joining SMRLS in 2017, John served as the Business Director for The Salvation Army at their Harbor Light homeless shelter in Minneapolis. John’s wide-ranging career includes stints as a high school English teacher and a support service manager for the Hazelden Betty Ford Foundation. In his spare time, John enjoys reading, movies, cheering for Twins baseball, riding his Harley motorcycle, and taking vacation cruises with his wife.

Sarah Driever, Esq. is SMRLS’ Director of Philanthropy. Ms. Driever works to communicate the amazing work of SMRLS with prospective donors, volunteers and community partners. Ms. Driever also oversees grant writing and management as well as fundraising. Before joining SMRLS, Ms. Driever served as Director of Development and Legal Advocate at Domestic Abuse Project. Ms. Driever attended Drake University where she has been recognized with the Drake University Achievement Award (2002), the Beth W. Peterson Award for Outstanding Journalism (2003), the Outstanding Senior Award (2005) and the Drake Service Award (2003 and 2004). Ms. Driever received her Juris Doctor from St. Thomas University School of Law (2006). Ms. Driever has been published in St. Thomas School of Law’s Journal of Law and Public Policy, Volume 3, Issue 1 (2009).

Director of Litigation and Advocacy 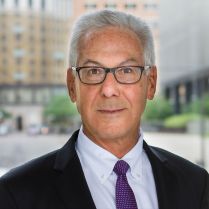 Charles (Chuck) Thomas started work as a staff attorney at Southern Minnesota Regional Legal Services (SMRLS) in 1977 when the Mankato office opened. He was a managing attorney there from 1982 till 1994 before becoming one of SMRLS’ litigation support counsel members. In 2012, he also began supervising SMRLS’ Saint Paul government benefits unit. Chuck was hired in 2016 as SMRLS’ Director of Litigation and Advocacy. He has worked on appeals and cases involving public benefits, mental health issues, and family law. Before joining SMRLS, Chuck spent a year as a VISTA attorney with Legal Services of Eastern Michigan doing unemployment cases. Chuck graduated from the University of Minnesota Law School in 1976. 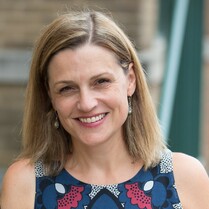 Lara Otsuka is SMRLS' Director of Administrative Operations. Ms. Otsuka works to advance SMRLS' strategic plan as well as oversee IT, Client Intake and Hotline, regional leaders and compliance issues. Before joining SMRLS, she acted as the Operations Director for United Way St. Croix Valley. Prior to moving to Minnesota and beginning her nonprofit work, Ms. Otsuka received her Juris Doctor from Northwestern University School of Law and spent several years practicing litigation in Chicago.  She also serves on the board of directors of the Zephyr Theater in Stillwater.  In addition to theater, she enjoys hiking and traveling with her husband and two teenage daughters.

Do not use this computer if you suspect your computer is being monitored. Website and email history may be accessed even if you delete your browser history. If you are in immediate danger, call 911.

If you are at a desktop computer and need to close this website quickly, click the “Leave Site” button on the right hand side of the screen.